We don't necessarily agree with this statement, but we will agree that someone using a parametric equalizer requires a bit more sophistication in what they're looking for tone-wise, and a willingness to invest more time when it comes to using one. One of the benefits (some might say it's a drawback) of using a parametric equalizer is that it tends to demand that the person using it use their ears to get the sound they're looking for, instead of just allowing that person to "use settings they already know they like" - especially when they're using one for the first time. 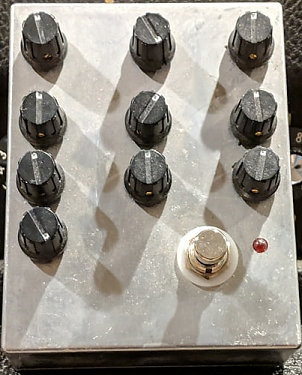 Usually we just launch into a description of the controls, but we need to do it a bit differently here since describing the controls requires a bit more nuance be used.

These controls are incredibly interactive, and as described above, it may take using the Parametric EQ to develop some contextual knowledge in order to fully understand what's going on.

After we describe the frequency control banks, we'll expand on the nature of those tone controls and of the parameters controlled further down in this article. We also include some diagrams that should help clarify the concepts.

This bank allows shaping of the bass frequencies from 33Hz up to 330Hz. Knobs for the bass tone control bank are on left side of the pedal and run up-and-down.

This bank modifies midrange shaping of the frequencies from 250Hz to 2.5kHz. These knobs are found in the middle and run up-and-down.

This bank modifies treble frequencies from 1.1kHz to 11kHz. Knobs are on right side and, again, run up-and-down.

Like all other BYOC pedals, the Parametric EQ is sold with only true bypass.

The Parametric EQ operates like any other parametric equalizer that you might find on the market. We have found not just guitarists, but bass players, keyboard players, and even recording engineers and producers also being attracted to and using parametric equalization. In some cases, a parametric equalizer will be used by a front-of-house sound engineer to isolate and remove particular offending frequencies. The show can then proceed, often with no, or little discernible difference in sound being output by the band.

If you're just learning about how a parametric equalizer works for the first time, these next sections on how the controls work should be helpful.

This control is really what allows the parametric equalizer to come into it's own. Once your desired frequency midpoint has been selected, the Q control can be adjusted to expand or contract the range of frequencies modified by the Boost/Cut control. Please see associated image.

The control of the Q allows the user to be able to boost (or cut) a huge swath of the frequency bandwidth (for example, bass), or alternatively, as discussed above, to be able to narrow down to a very tight, specific frequency range. If something like uncontrolled feedback happens to be a problem with someone's gear, a skilled sound person can quickly identify the offending frequency, reduce the tone control to the narrowest possible band, and then cut that particular frequency to kill the feedback loop. 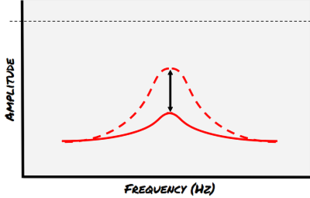 Tone controls are functionally no different than volume controls. In fact the exact same electronic component is used for the control: A potentiometer. Where a tone control differs from a volume control is in the filtering that separates out the frequencies to be affected. The resistors and capacitors have been selected specifically for altering the signal tone within a particular range.

So when you turn the "Treble" knob on your amplifier up, all you're doing is increasing or decreasing the volume of the treble frequencies that the treble tone control portion of the amplifier circuit is passing through. The same happens on each of the Parametric EQ's "frequency volume" controls. 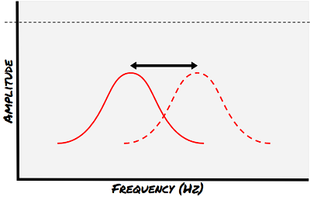 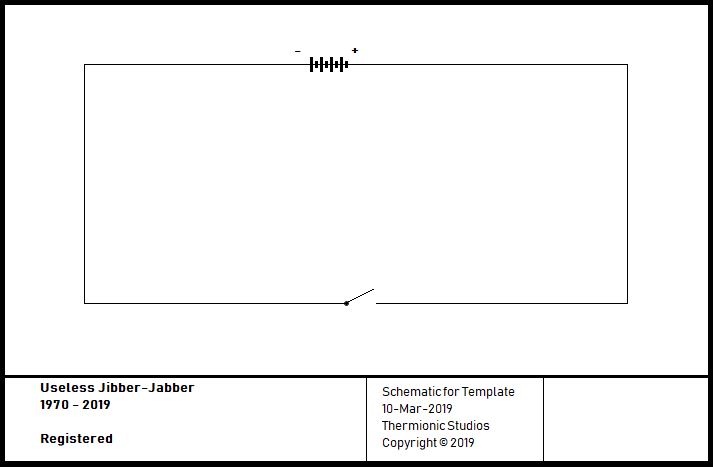 We are currently unaware of any artists actively using the pedal now, or who have in the past.