So let's pick up at any old random spot... Actually this isn't a random spot, but it may seem that way to you... We've picked up a lot of tube amps in the past few months that we haven't shared yet. We picked up a few Marshalls. We picked up a VHT gone bad (and sold cheap!) that was going to start life as a 36-watter, but that we're going to turn into a 50-watt beast. And there are more still...

All these stories are cool, and as they play out we expect they will be a lot of fun.

But we picked up an old amp with a hard-to-source backstory. For the most part, we don't care for "also-rans" and we want amps that will give a full throated roar almost as a declaration of battle to be joined.

And admittedly, that isn't this old girl. I don't know why I felt compelled to pick up this particular amp; and at first I didn't. But for whatever reason I looked up "Natural amps" and "The Vibe" and "Santa Ana" (near here to Long Beach, and Fullerton, where Leo Fender grew to fame). I then found "Paul Barth" and "Natural Music Guild", and while Magnatone Amps was closer, it wasn't correct. However, we had started making some progress on the provenance on this amp.

As you can see from the first picture, there are a number of things not original to this amp. It starts with a weird power transformer (the big blue-grey rectangle, far right). There's the three-prong power cord. No way that's original. It doesn't even have a cabinet. I found "176" on the output transformer causing me to believe it'd been made the 17th week of 1966. That power transformer is much newer and will need to be swapped out for something period-correct. And that's because I think this amp is much older. I think it's a 1959. Why would I care one whit about a 5-watt amp from 1959? A few evenings of extra digging finally revealed to me to the origins of the amp.

It takes finding an amp like this, and a good bit of time for research, to learn that a man named Ray Massie helped Leo Fender in the 1940s and 1950s with his earliest amplifier designs. (2nd column, 2nd paragraph, towards end. Thanks Google!)

And it was from that link just above that I'd read that Ray Massie who helped Leo develop the early electric instrument amplifiers, couldn't be interviewed for the book, "Fender: The Sound Heard Round The World". He couldn't help with the answering questions for the book, as he was too far gone from Alzheimer's by the time the Author, Richard Smith, started doing the research. I think when I read that, when I read that Ray Massie couldn't even participate in the documentation of his own contributions due to Alzheimer's, that I decided I was going to get the poor old girl and that I was going to make her well again. When I'd read that Ray Massie helped design and build what has become today's modern electric music instrument scene and industry, I felt sad that someone who had made the contributions Ray had made, hadn't gotten his fair share of credit. I don't expect that this article will completely fix that. But I do believe if I'm able to put accurate enough information together on this amp and Ray's contribution to modern electric music, I'll have helped someone who may not have gotten his full due in life. 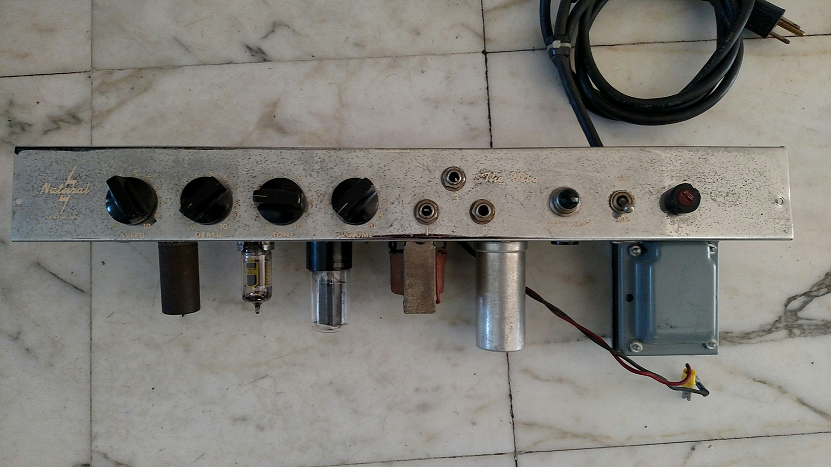