So there's sort of a roundabout way that we're going to be getting to the point of this article. But we do get you to the John Garcia interview. Promise! There just happens to be a bit of a story as to how we got there...

So we were listening to Bandcamp, going through different heavy bands, trying to find some good material for a heavy music show. You may or may not know that we've been working a long-time plan for throwing a heavy music festival here in Long Beach, California. Part of getting that happening has been driving around and looking for places to actually host the event (we're thinking a warehouse somewhere).

In the course of driving around and looking, I thought, "Hey, it would be cool to put up an antenna and do a pirate broadcast of the festival on low-power to maybe get some of the local community to come out to the show."

Wanting for us to undertake such an endeavor with our eyes wide open, I went to the FCC website a few months ago to look up what the penalty would be for pirate broadcasting the festival. And it was at this particular time that I found out that a low-power FM frequency had been awarded to a non-profit organization here in Long Beach: The Long Beach Community Television and Media Corporation. Cool! Maybe we could just join them and be completely legal. So I joined.

So our expectation is that we will prevail and that the bad actors will be booted from the board, and we'll stop dealing with legal nonsense and get to making a cool music show. As I mentioned, we were listening to Bandcamp in order to get good tracks for airplay. And we heard The Black Swamp from Australia. Now, I didn't care for most of the tracks on the album I listened to: Foulness. Not a big fan of the singing. At least not until I get to Bastards of the Universe (Fantastic song!). I then think to myself, "Hey, this singer, when he's actually singing, sounds like John Garcia from Kyuss!"

We're big Kyuss fans here. We're also Unida fans. We've searched long and hard for the apocryphal "The Great Divide" CD. Unida would sell the CD at their shows when they were still together and putting on shows.. But now, it's not made anymore. Unida's not a band anymore. No one seems to have the CD. If people do have it, no one is interested in parting with it.

So that whole conundrum was mulled for a day or two. I just decided, out of the blue to run a random search for "John Garcia".

And then it appeared! VICE had done an interview with John Garcia. You can read it here! Excellent interview. Even gives some insight as to just how hard the music business is.

We hope you enjoy it too. 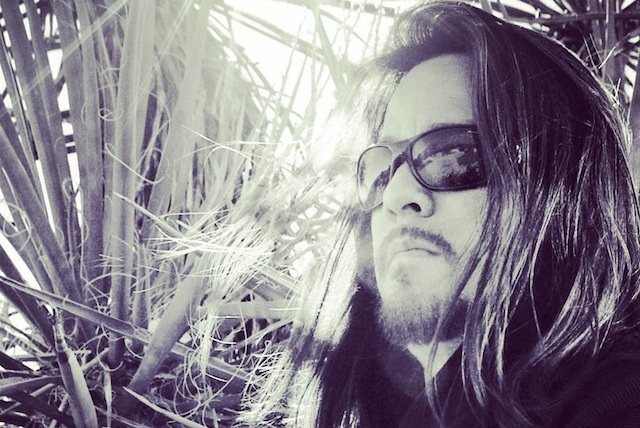