It's been a while since we've posted here. Unfortunately, the sad truth of the matter is that we've gotten involved in a community radio project. The hope of which is to give ourselves a radio presence locally here in Long Beach, California, and also with the audio stream that will be flowing online from the station. Unfortunately, there's been some legal developments, which naturally are taking our time instead of working on actually building new content and building the business here for Thermionic Studios.

At any rate - we haven't been completely remiss in continuing to build our stock of items that will ultimately be available for use by musicians.

Earlier this week, we found (or rather, negotiated) a pretty awesome deal for an amplifier which hasn't ever really gotten much notice, but, frankly, is a fantastic amplifier.

We have acquired a 1971 Traynor YBA-1 (Bassmaster). Like the early Marshall JTM45, the Traynor is based off the Fender Bassman amplifier circuit. Like Jim Marshall, Pete Traynor took the design of the Bassman circuit and added his own tweaks - in this case, like Marshall, he tweaked the tone controls, and the order of amplification stages.

However, like the Marshall JTM45 and JTM45/100, the Marshall Plexi, and the Fender Bassman, the Traynor YBA-1 also has 4 inputs - two low and two high. Like the JTM, the Plexi, and the Bassman, it's possible to plug a short 1/4" instrument cable into the High and Low Channels to chain them together for additional gain and control. Finally, like the Bassman, the JTMs, and the Plexi, the Traynor YBA-1 was designed and built in the late 60s and like its brethren, it was built like a tank. That means it's heavy. It's REALLY heavy. And again, like it's brethren, it's LOUD. It's really freakin' loud. It's painfully loud. So for those of you who are volume worshipers like we here at Thermionic Studios, it's perfect. :)

We're also fortunate in that the YBA-1 we've purchased has already been modified for safety with a grounded power . However we're not satisfied. We'll be knocking out a hole in the chassis for a proper IEC terminal and power cord. As you can see from the pictures we have a properly grounded power cord, but the cord itself is a bit cheesy, and its' connected to the chassis which makes it less convenient than possible. So we'll be fixing that. For all of our bitching, and for its age, it's truthfully a very clean amp that clearly has not been abused. Scroll down to take a look at the pictures!

In addition, it would appear that we're going to have to modify it ourselves to include an on/off switch. The current switch is a two-way "Standby" and "On". This means that plugging it in effectively turns it on. So we're going to modify that for safer operation. And then to truly make it sexy, we'll be adding the following:

SMG studios has posted a video of their modified YBA-1 on YouTube and the results are MORE THAN A LITTLE IMPRESSIVE.

Downsides? Like the Randall RG-100 Classic that we rehabilitated, this YBA-1 reeks of stale cigarettes. Probably why we got such a good deal on it. We're gotta have to clean it out, air it out, and inspect the circuit components. That means we're going to have to give it a thorough going over to make sure it's running in tip-top shape - and that it no longer stinks.

A little TLC and this baby will be ready for the big time! We're really looking forward to a band recording with this amp. It'll be a monster! 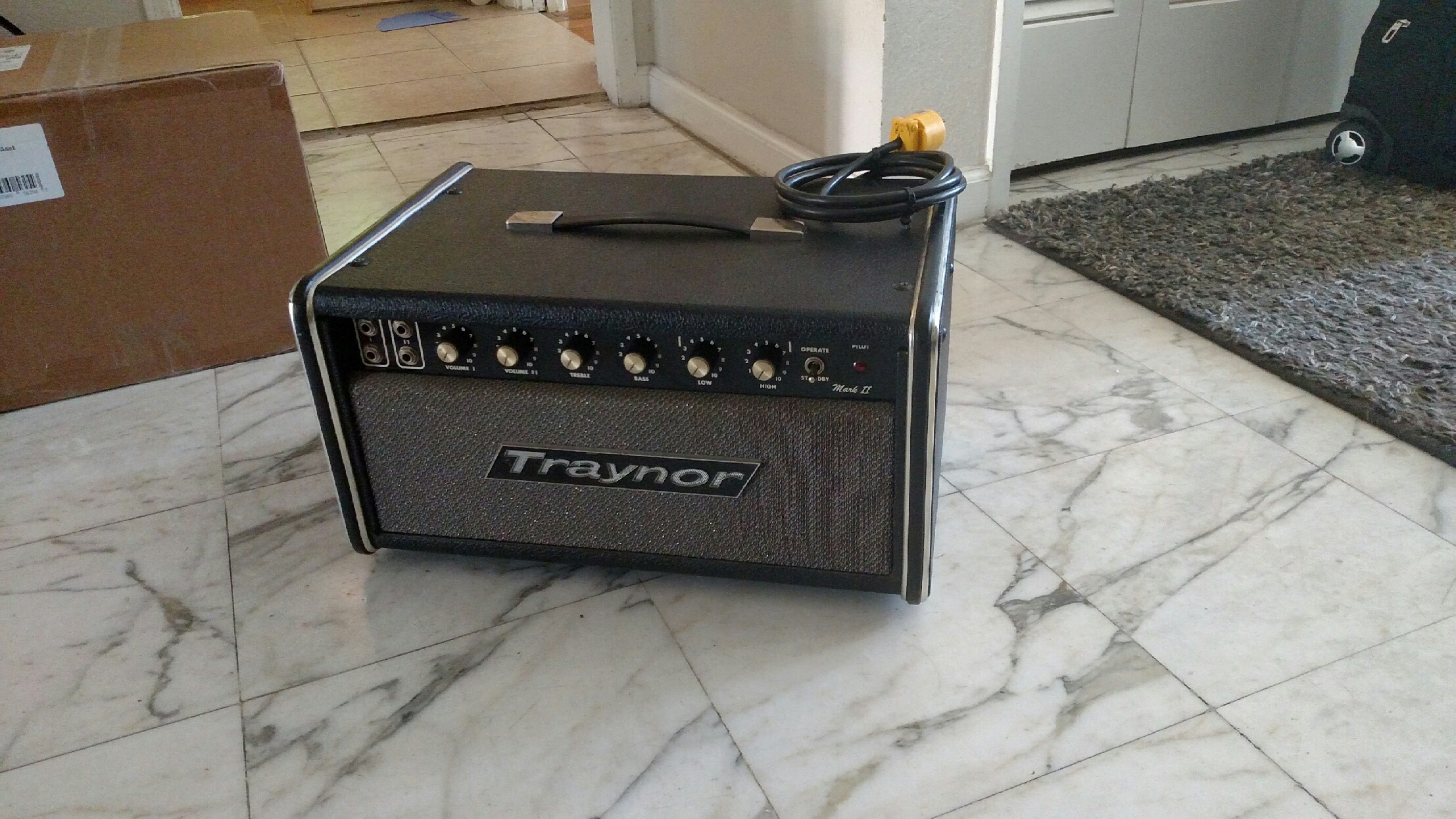 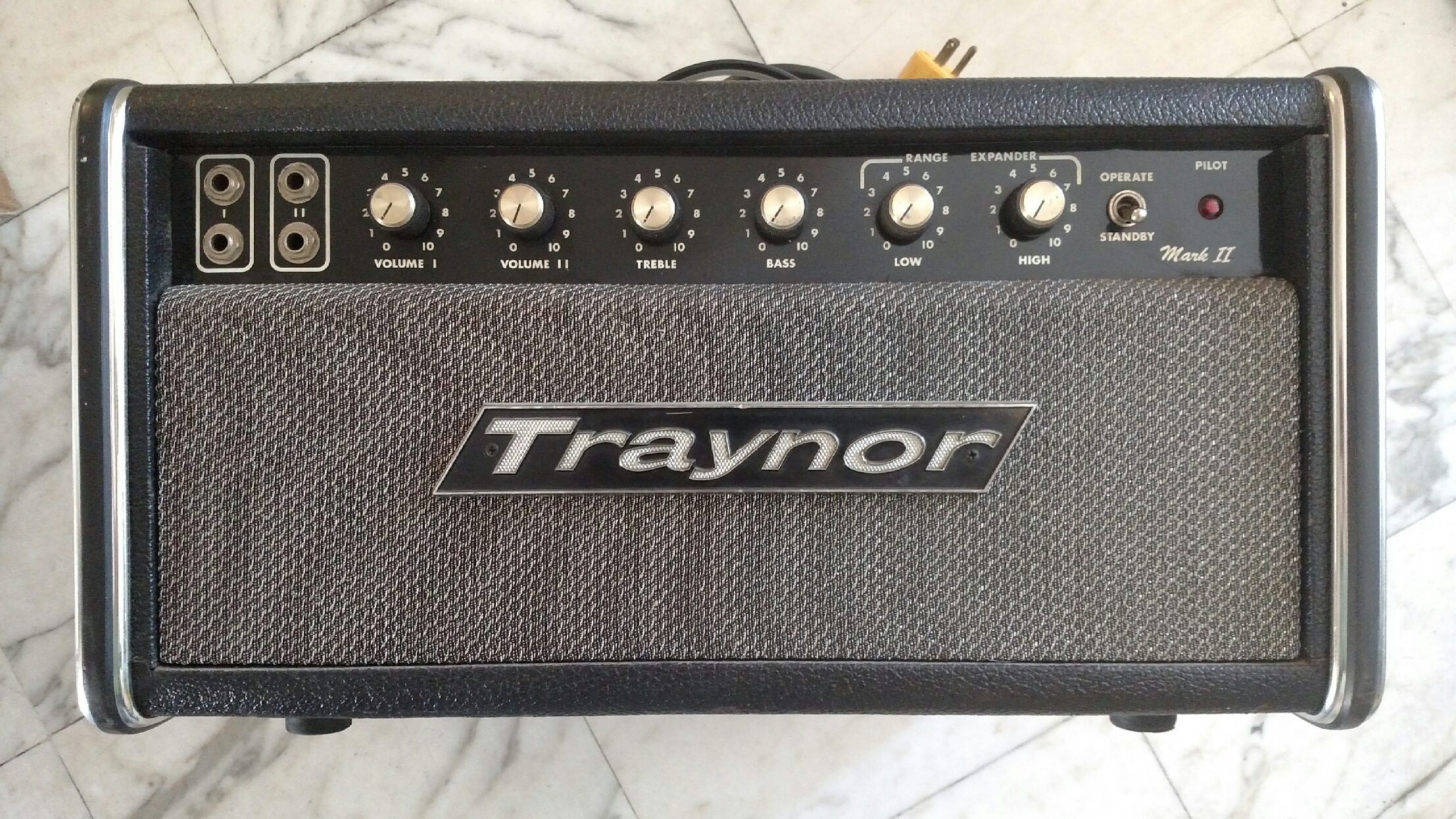