Back around in 2010, I found on eBay what was claimed to be an Randall Amp head (RG-80) owned by George Lynch on the Tooth-and-Nail tour (Dokken's second album).

I ended up having to purchase the amp when the offer I made on eBay was accepted!

So when I met the seller to pick up the amp (which we now have as part of our stable of amps here at Thermionic Studios...) he went on to tell me that Gary Sunda, the man who DESIGNED the amp had reached out and could verify that this was George's amp, as George had visited the facility in Irvine and had his amps given some special accoutrements.

The seller gave me Gary's number. I called it and we had a nice long talk about George, and the amp, and the special do-hickey in the back of the amp that was designed for George that would allow the distortion boost that was built into the amp (when the treble knob is pulled out) to engage the distortion boost without engaging the associated volume cut.

In the next couple of months I'll pull out the amp, give it a once over, and make sure we write and article to include it in our "Legendary Amps" series.

In the meantime, after having found this video where Gary Sunda talks about meeting Don Randall and going to work at Randall Amplifiers, we thought we'd share it and that you'd like to see it.

We just lament that we're not able to embed the video here in our feed. Watching this video was a good treat for us. We hope you enjoy it. 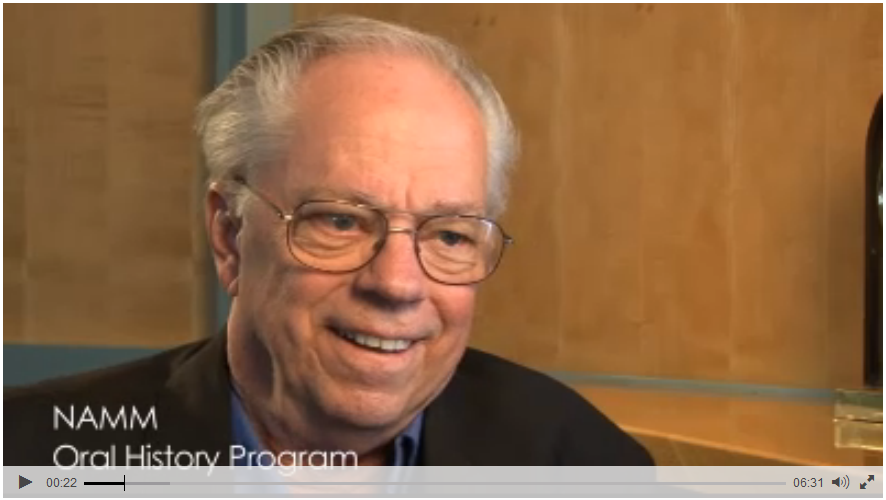