Presumably Jim Dunlop, the owner of the MXR and Way Huge line of pedals, was ok with this (since they reposted it in their twitter feed on 04 Mar 2015):

Westside MI in London spied this pedal in J. Bonamassa's Instagram feed and reposted it to Twitter. Jim Dunlop reposted it without incident... Apparently this is they way you leak your new product releases and get people to talk about it...

I then checked Jeorge Tripps' Twitter feed and found he'd released another picture even earlier.

Jeorge Tripps started the Way Huge line of effect pedals back in early 1990s and quickly got a reputation for being excellent pedals. He shut production down in the mid to later 1990s. Jim Dunlop took over the brand in the mid 2000s and Jeorge now works there. It's clear, given the control names, that the Overrated Special is some kind of distortion or overdrive pedal, and admittedly, it seems there is something of a bubble in the effects pedal market, but Dunlop and Way Huge stuff has always been top notch, so we're curious to hear this pedal.

Let us know if you hear any tracks of this if there are any recordings of the sounds are released and downloadable! 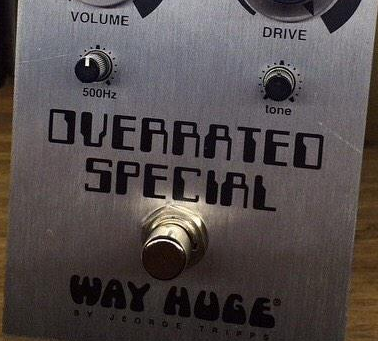 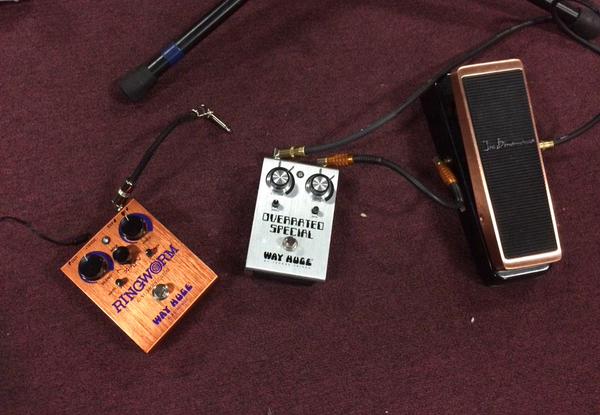