(Another long post...) So this is an amp we received at Thermionic Studios a few months back. We've finally had an opportunity to take a look at it. It was a "steal" off eBay at $150 + $30 shipping. It stank of stale cigarettes. The headshell was dinged quite badly. The tolex, while a cool pattern, was brittle, ratty, and tearing off in multiple spots. This amp had clearly been abused. Even the original Randall nameplate was trashed and had to be repainted. Seems like it was spraypainted black and then that paint had been rubbed off in certain places. So even the nameplate looked atrocious.

The amplifier itself is a Randall "RG100 Classic". We've searched high and low for a set of schematics associated with the amp, but have found none. We can't even find the amp listed from Randall's list of legacy amplifiers and product manuals. The next step would be to contact the company itself and see if they have ANY corresponding documentation.

Randall production facilities used to be at 1132 Duryea Ave in Irvine. Some kind of tile or stone paver company seems to be there. I went, I think around 2012, to check out the location a long time after Randall had been sold off. Randall's current website, on the About page has a far more pleasing Irvine office picture (1986) Needless to say, when I went there, I saw the same disappointing tile/paver place too. A couple of years ago, I also ended up buying another Randall amp, one of George Lynch's Randall heads from the Tooth and Nail tour. It was pretty awesome as I ended up talking with Gary Sunda, who designed the Randall RG-series. He did indeed confirm to me that it was George Lynch's amp, but that's another interesting article for another time... Back to this amp!

Fortunately, the electronics checked out OK! The electrolytic capacitors didn't test out of spec, nor did they show any expected bubbling.

So (picture 1), the amp was taken out of the headshell. The crummy tolex was removed and all the old rusty hardware was removed. The front and rear panels are showing quite a bit of abuse on the corners. This will require more rework.

Picture 2 shows where the headshell was woodputty'ed and bondo'ed back into shape.

Picture 3: shows electronics are good. No PCB traces are lifted or burned. Transformer is good! Electrolytic capacitors check out!

Picture 4: includes refinished Randall namebadge. I had originally thought that what would be done was for all new hardware (black) to be put on, but after having cleaned up the old hardware, it had a patina on it that was really just too pretty to not use again. I'm hesitant to describe the experience of cleaning the hardware, because I wouldn't describe myself, nor do I think any friends or acquaintances would describe me as "new-agey", or "searching for new spiritual connections" but somehow, this amp spoke to me. We have this brown armadillo/crocodile tolex that was expected to go on a different project.

But after seeing the patina'ed hardware against the brown armadillo tolex, the amp told me that this is what it wanted. That's the "new-agey" piece. As I was cleaning it up, it was almost a process of discovering what the amp wanted to become... This will become something like the "Southwest Special" or probably something equally ridiculously named after the staff gets a go at the amp.

To be obtained: Cream-colored welting, new strap for the handle, new knobs (how do all old Randall knobs get lost/trashed?), new solid rubber feet and then re-tolexing and reassembly. Where applicable, old (worn and unusable) screws have gotten replacements.

Electronically, it's solid, but just to make sure everything continues to be solid, the old jacks (which look a little saggy or askew inside) have nothing securing them to the front plate and chassis so they will be changed out for Neutrik or Switchcraft jacks that will secure them to the front of the amp.

Then this amp too will be available for rental... Don't worry, we'll put up "finished" pictures when the time comes. 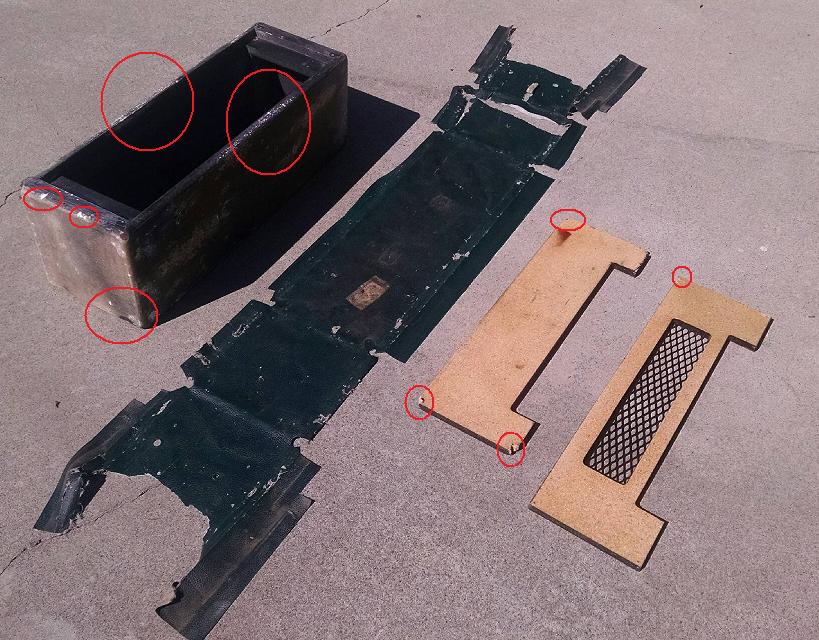 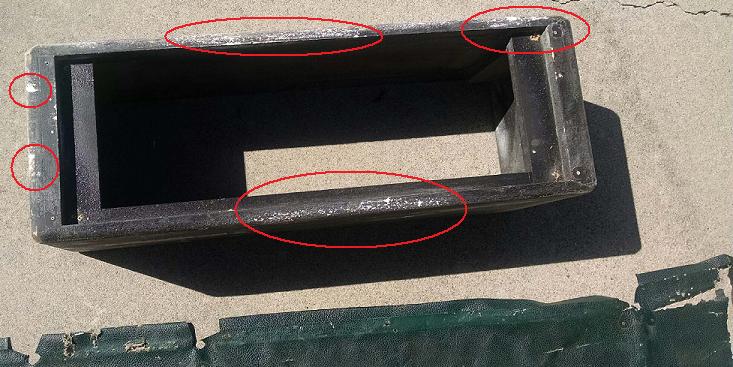