Hello! I have come up to the San Jose area for a few days and have met with an old radio broadcasting friend, Timothy J. Tim and I used to have a show on KFJC (89.7 FM, Foothill Junior College, Los Altos Hills) called the Tuesday Radio Tabloids where we would get a bunch of ridiculous tabloid stories on the air and take phone calls on them. (I also worked on the air at a commercial radio station called KSJO, before it got sold off and went Spanish-language, but that's another story...) As happens, our careers took different directions, and I moved to Long Beach. He stayed in San Jose (Campbell, to be specific).

Tim has created the Creative Original Artists of Rock, or COAR Radio show. Depending on which internet radio station he's broadcasting out on, he can go on at different times, however, today his show began at 1:00 pm Pacific time (GMT -8 right now, I think since California is in Standard, and not Daylight time).

So between songs we talked music, and a little bit about our old time radio careers together, and he took some suggestions from me about music to play (Blood of the Sun! Woohoo!). We even (off the air) discussed collaborating on a project together sometime in May. We'll have to see.

Take a listen to the COAR Radio show. It can be heard live, podcasted, or can be streamed on non-live showtimes through Tim's Mixcloud Streaming page. 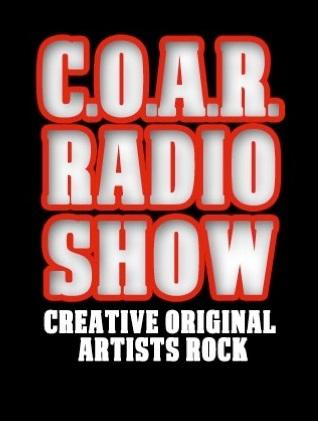