The Snorkler is an amp that people talk about in hushed tones - as if it were a holy relic. It's almost mythical in the lore that surrounds it and the way in which people speak about the guitar tones that issue forth from it. It is a one-of-a-kind butchered Marshall JCM800 combo amp that, at the request of the owner, was turned upside down and converted into a custom head amp, by Reinhold Bogner. The speaker / combo amp shell was done away with and the owner (Ronnie Champagne, as referenced below) had another tech shop build him a headshell for it.

Simply for the sake of posterity, here's the link:

The actual posting is about 2/3rds down the page in the discussion thread.

Here's what the comment on the rig-talk board says: (I'm saving it here as well so as to keep it in case this thread on rig-talk.com gets deleted)

...i know this is a really old thread,i just came across it...my name is Ronnie Champagne i was the engineer with Dave Jerden Producing on Facelift...i am the owner of the Snorkler...that we used for most of the guitar and some six string bass tracks on the album Facelift...its a Marshall 50 watt jcm 800 combo 4010 that i had Bogner modify for me...4-12ax7a tubes and el34's for power...i got in Canada in '83 as a trade for a 50 watt half stack that i didnt want to carry to the states when i moved to L.A. in '84...i was using Andy Brauer rentals in n.Hollywood for most of the gear we used on Janes Addiction's Nothings Shocking and Andy turned me onto a Bogner Modified jcm 800 that Rheinhold had modded...apparently he did a few...for Eddie and Steve and Joe...well i had the same amp and took it over to Rheinhold and asked him to do exactly the same thing to mine...he refused... saying that he was trying to launch his own product...i told him i didnt care how much it costs and that my clients would send him a ton of business,to which he capitulated,grudgingly....good move i'd say!this is the nastiest amp ive ever played thru...you are correct that we used a 4x12 with greenbacks in a stairwell all knobs on ten for solos...but we also used it in various settings for a multitude of overdubs...using a shure sm57 into a neve 1073 into a la-2a compressor/limiter to the tape machine...i also used it on Janes Ritual,Social Distortion,Deconstruction with Dave Navarro and Eric Avery from Janes....and many other records worldwide...plus i toured Europe with it as my main amp...we also used Bogner Ecstacy(?) and Fishes with Navarro....none had the totally full on brazen tone though...it is THE platinum amp,priceless to me(Jerry offered me big cash for it,but i aint no dummy!)in fact the last time i hung out with Alice(new guys) in Boston he still was complaining and wanting....as a side note i also used a R.K.Butler TubeDriver pre amp into a vintage Fender Bassman for many of the 'mellower' tones and also my pink Kramer Baretta 1 with a Ultrasonic 3 pickup(single and humbucker modes) plus a lot of Telecaster drop D tuned...the Snorkler responds unbelievably to single coil pick ups...we also used a Coral elecric sitar (amazing!) thru it...plus the six string bass for chorus's on many tracks...ala the Who....the Snorkler logo is from an old fire extinguisher i found in Hollywood...plus its a reference to blow snorters...my assistant attempted a clone of it but for some reason the o.g. still kicks its ass...ive a/b 'd it to most of the Bogner amps and this puppy is a boutique slayer...i also had some minor alterations done to it by the Professor in Seattle,mostly grounding and switches etc and he built me a new enclosure,i got the vox fabric from Jackson Brown....oh ya i used a KK Audio 1x12 cabinet with an ev 250 12L speaker(totally killer!)for most of the tracking....if y'all have any questions feel free to e-mail me at mr.c@kingzeppo.com...i love chatting gear!but i live to play it!!!!Ronnie C...

Of course I had to save the pictures.

Found the following after doing another recent search for the Snorkler. This is from Gearspace forums found here:

Hello,my name is Ronnie S. Champagne...i was,along with Dave Jerden,the engineer on AIC Facelift...i am the the owner and creator of the Snorkler © amp used as Jerry's primary amp on that record.It is indeed a Bogner modified jcm800 that i bought as a stock combo amp in Canada in the early '80's.When i was recording Janes Addictions 'Ritual' record i got a call from Andy Brauer studio rentals giving me the heads up about Mr.Bogner's mods...i rented one for that record and subsequently had Rhienhold mod mine (after much begging and arm twisting,and cash)...i found the Snorkler© badge on an old fire extinguisher at Eldorado studios in Hollywood and as a joke put it on the head cab i made...it relates to the coke use in Seattle....ive modded it more myself and is now my trademark and copyright...i would love anyone who says they have access to it to get a hold of me...because its not true.it hasnt left my side for all the time ive had it...its my platinum secret weapon which i have used on a hundred records...it is my tone,my amp and yes there are guys out there so full of b.s. that it makes my head spin...theres even a guy making a snorkeler (notice the misspelling) amp that he said he made a mod from listening to facelift....imagine!!!!after all the e.q. and compression we used mixing and mastering that fine record,someone thinks they can do a mod that is the sound...thats just ******** if you know anything at all about audio...if anyone wants to dispute... my email is mr.c@kingzeppo.com,me and my lawyer are always available....heres a link to photos... https://www.facebook.com/photo.php?f...type=3&theater
...if anyone tells you they have the goods...refer them to me please...and do not buy a fake!!!Have a nice day!

Also found another picture for the Snorkler. It was on Ronnie's Facebook page. Added. 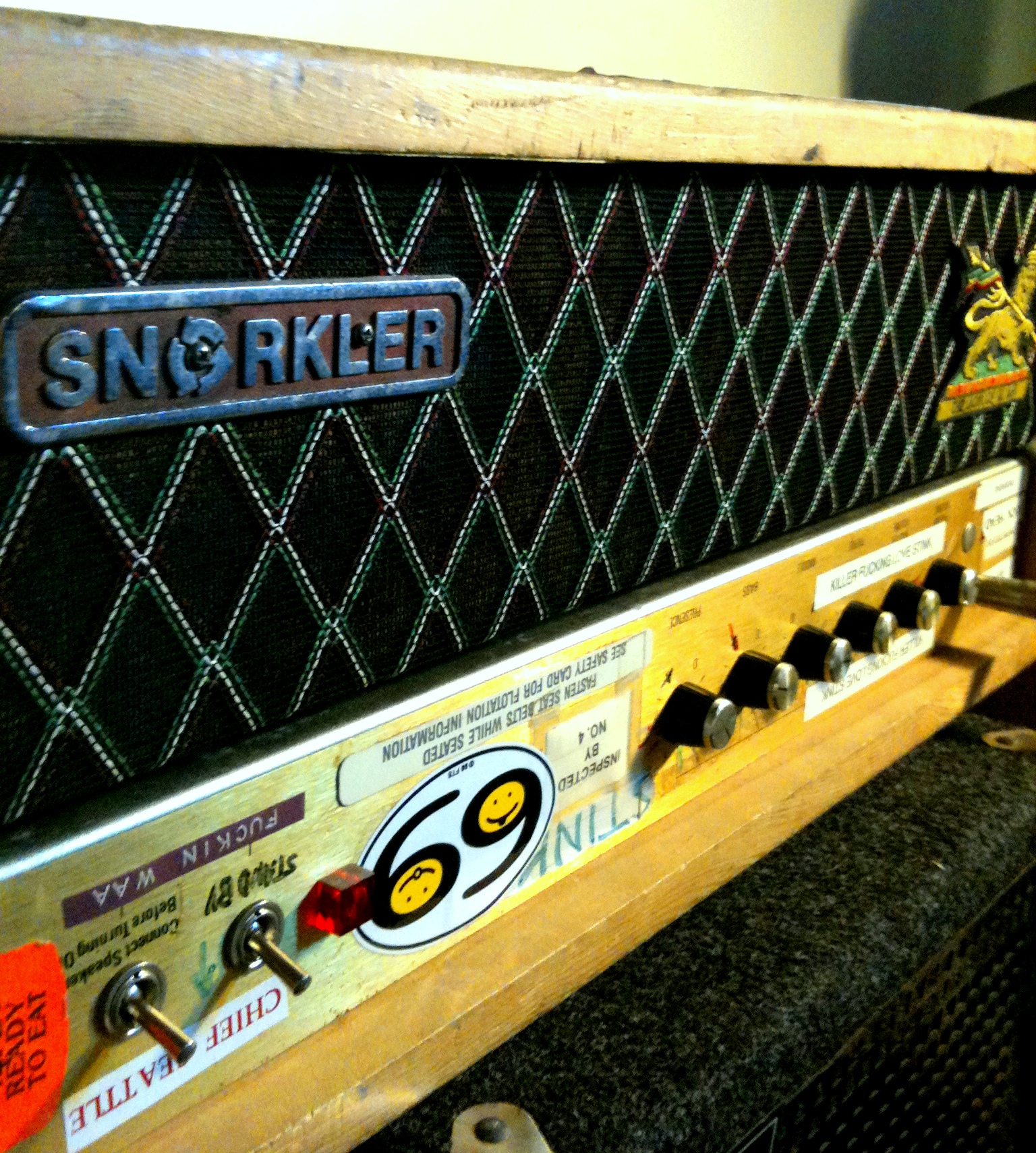 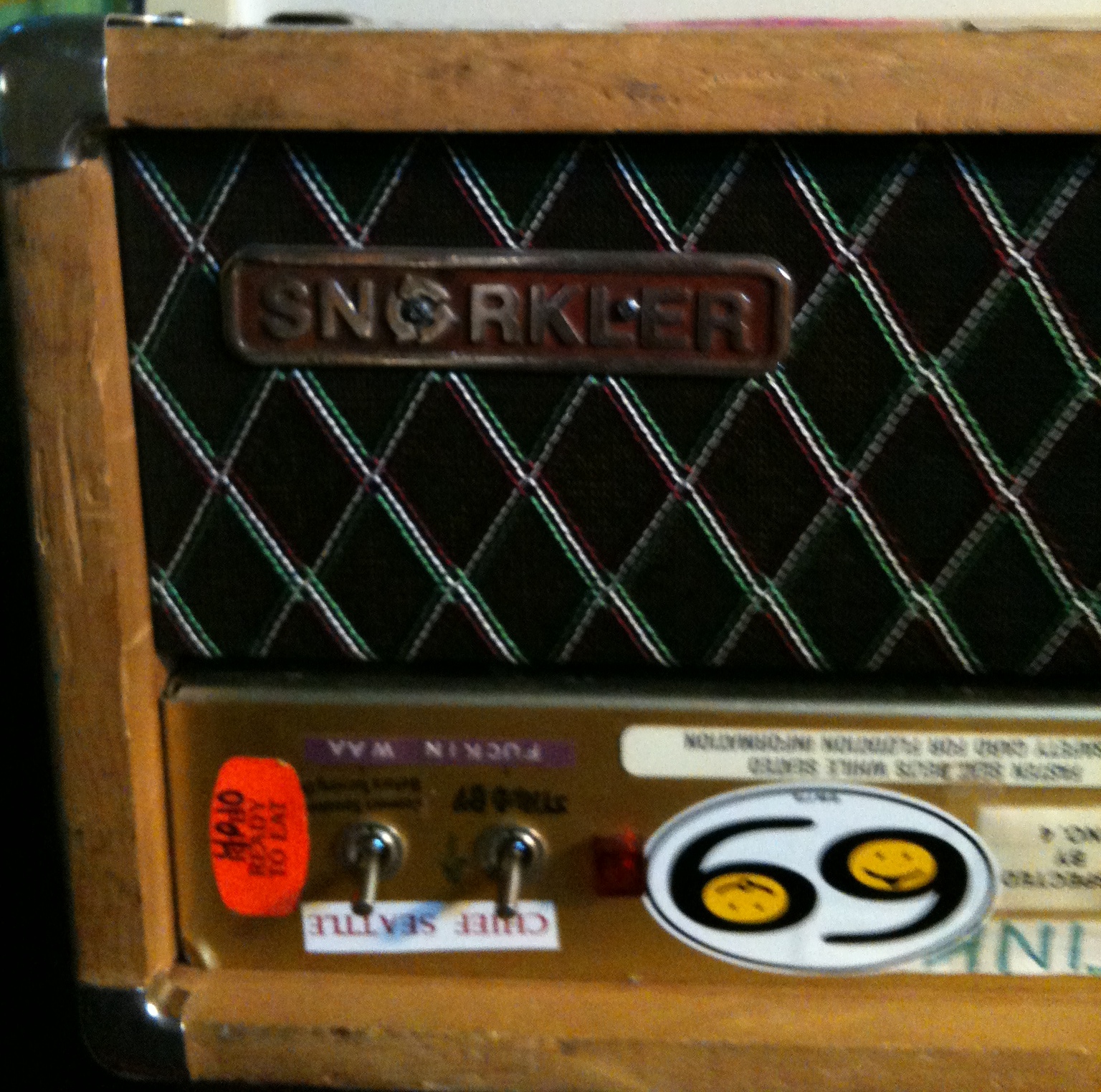 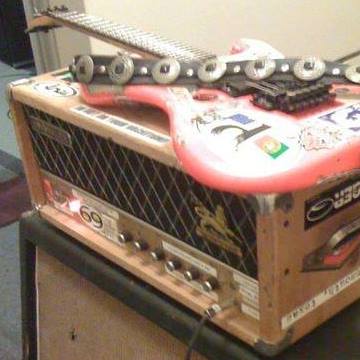