Here's some of the additional information we found on Ray Massie (including a HUGE finding, that if true quite possibly makes Ray Massie the father of Heavy Music). We're not going to provide all of it because it's too much and ordering all of it properly is going to take the kind of time needed to write a book. We don't have this kind of time, so you're getting our best condensed version with our best understanding and some of our corroborating evidence:

A.) from http://www.kwackers.com/The Fender Story/the fender story pt1.html
(Sort of bizarre, we've only ever rarely seen web addresses with spaces in them...)

"The patents on all early tube circuitry were held by the American Telephone and Telegraph company and Western Electric, but these companies permitted the tube manufacturer RCA to reproduce the designs in the handbooks freely issued to anyone buying the tubes.

When Leo Fender and Ray Massie produced their first amplifiers they took them straight from these tube manuals, as did everyone else. No royalties were paid; nor, apparently, were they demanded."

Now, this in and of itself isn't so special. This is just another piece of documentation showing that Ray Massie worked for Leo Fender and that they developed amplifiers for musicians in the 1940s and 1950s. It's also pretty clear according to available documentation that Ray worked for Leo going back into the 1930s repairing radios since Fender hadn't yet really developed the business model of making electric musical instruments and the corresponding instrument amplifiers.

B.) from http://gretschpages.com/forum/other-amps/ray-massies-1947-dual-pro/57223/page1/
This page is actually pretty interesting because there's a number of schematics and most importantly there's discussion of how the Fender company in the 1940s and 50s advanced their amplifier designs and how they iterated their circuit codes.

The 5A4 had 6SJ7 pentode preamp tubes, as Powdog said, and three inputs. The 5B4 had 6SC7 triodes in the preamp and four inputs. Fender began using 12AY7 tubes in the 5C4."

C.) from: http://schematicheaven.net/fenderamps/1946_pro.pdf
See Picture #1 below... There's something quite special that we've pointed out in the schematic. It's the three "instrument" inputs. The #1.) input on the amp is actually a microphone input. The other two are "instrument" inputs. Microphones, especially as pertains to the 1940s/1950s stages and audiences, were invariably lower output than were their counterparts: the instruments that had pickups. In order for all these elements to each have relatively similar volume levels, Ray Massie and Leo Fender (and likely others), made the different inputs with different levels of sensitivity so that everything that went in could all be audible from the speaker(s). Remember, in the 1940s Big Band and Jazz were the leading music forms and amplifiers were built simply to help the guitar become competitive with all these other naturally louder instruments. 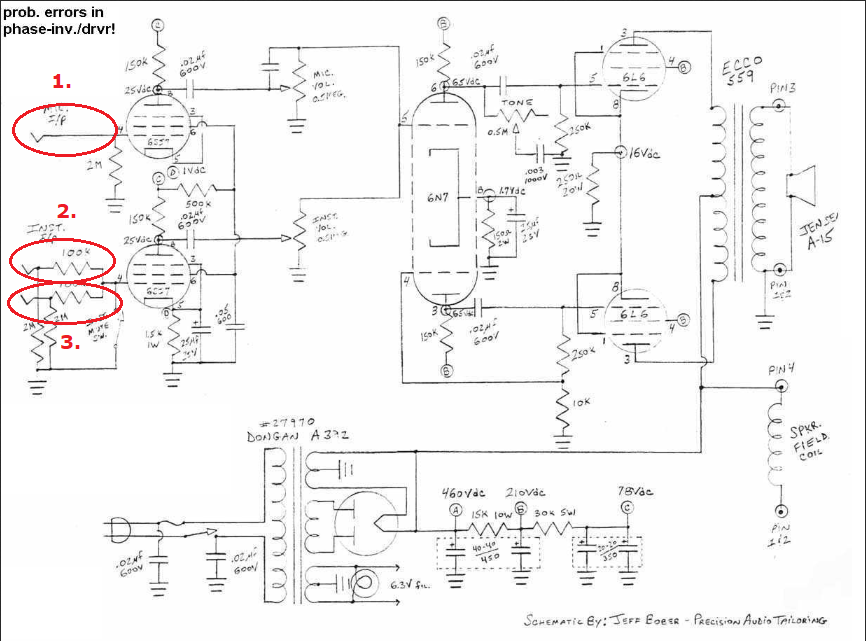 So... a few weeks ago a buddy tells he thinks he knows what it is cause he saw one on Ebay - a St. George 'Lancer' 1x12 2x6V6 bass amp combo from mid sixties. I said "huh? a 2x6V6 BASS amp?" Started researching and found next to nothing about this - just a few references to Ray Massie a buddy of Leo Fender's who (probably erroneously) is credited with perfecting the push-pull amp circuit and worked with Leo in his radio shop and maybe in the amp biz til CBS buy out.

So while there are conflicting opinions and offerings online about Ray Massie, Ray Massie Amps, St. George Amps, and whatever, the only thing clear is that the history is murky. Here's how we're INTERPRETING the timeline for the different pieces of information we've found:

E.) from https://reverb.com/item/1485663-1959-natural-music-guild-the-skipper
This is clearly the final help for the provenance. There's much more extensive text on the actual Reverb.com page. Here's what we pulled as pertains to item "C.)" above. Three instrument inputs! In the 1950s as Fender transitioned to the 5E3 "Deluxe" and other circuit models, they actually provided 4(!) inputs.

"It's a very simple amp, similar to a Fender Champ in volume. Not much clean headroom, its appeal would definitely be for someone looking for a cool little dirty amp. The inputs give you different amount of headroom. Inputs 2 & 3 give you really great on "edge of breakup sounds" that are very down and dirty blues/garage sounds. Input 1 is as nasty as an amp can get." 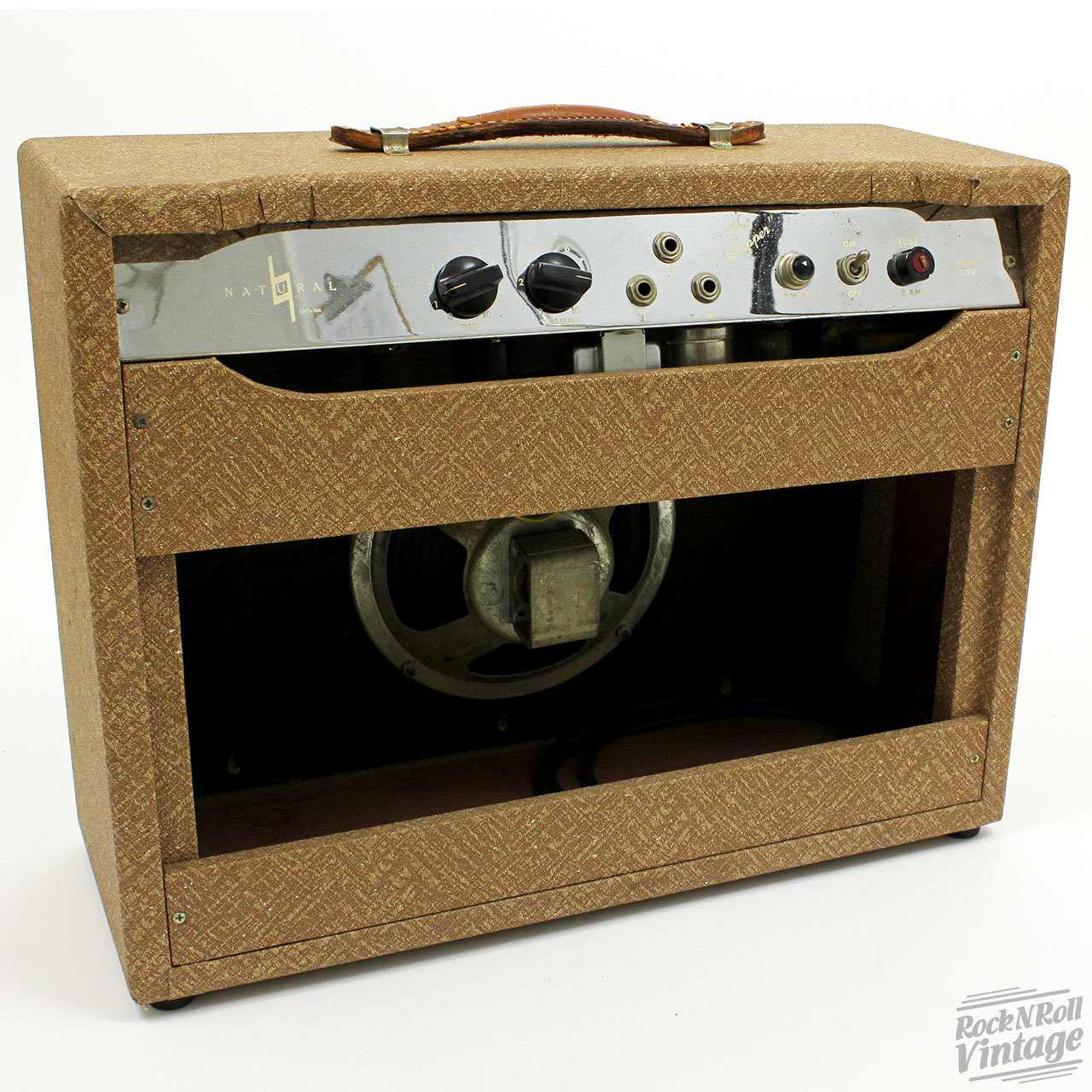 Interesting aside:
Beginning around the early 1960s the "microphone" input became the "High" input and many amplifiers offered both "High" and "Low" sensitivity inputs. Today, many instrument amplifiers, especially those having been built in the last 20 years up to today have just a single input jack. There are two phenomena that, over the years, have driven amp design into a single input. Back in the post-war days it was not uncommon for multiple musicians (and/or a singer) to all plug into the same single amplifier. People just had less money, and concerts just weren't as loud. As bands got louder, as people became more affluent, and as product offerings (PA systems, bass amps, keyboard amps, etc) became more diverse, every musician in a band was expected to have his or her own amplification equipment. It's also easier, with these phenomena in place for amplifier companies to tell themselves, "Why offer more than one input? We'll save a couple of dimes on parts and a couple of dollars on labor with just one." So while we tend to believe that as time goes on people get more and more offerings and choices, with respect to amplifier inputs, the reverse is true. What this means for you is that you can usually date an amplifier based on the number of inputs. More inputs were available as you go further back in time. 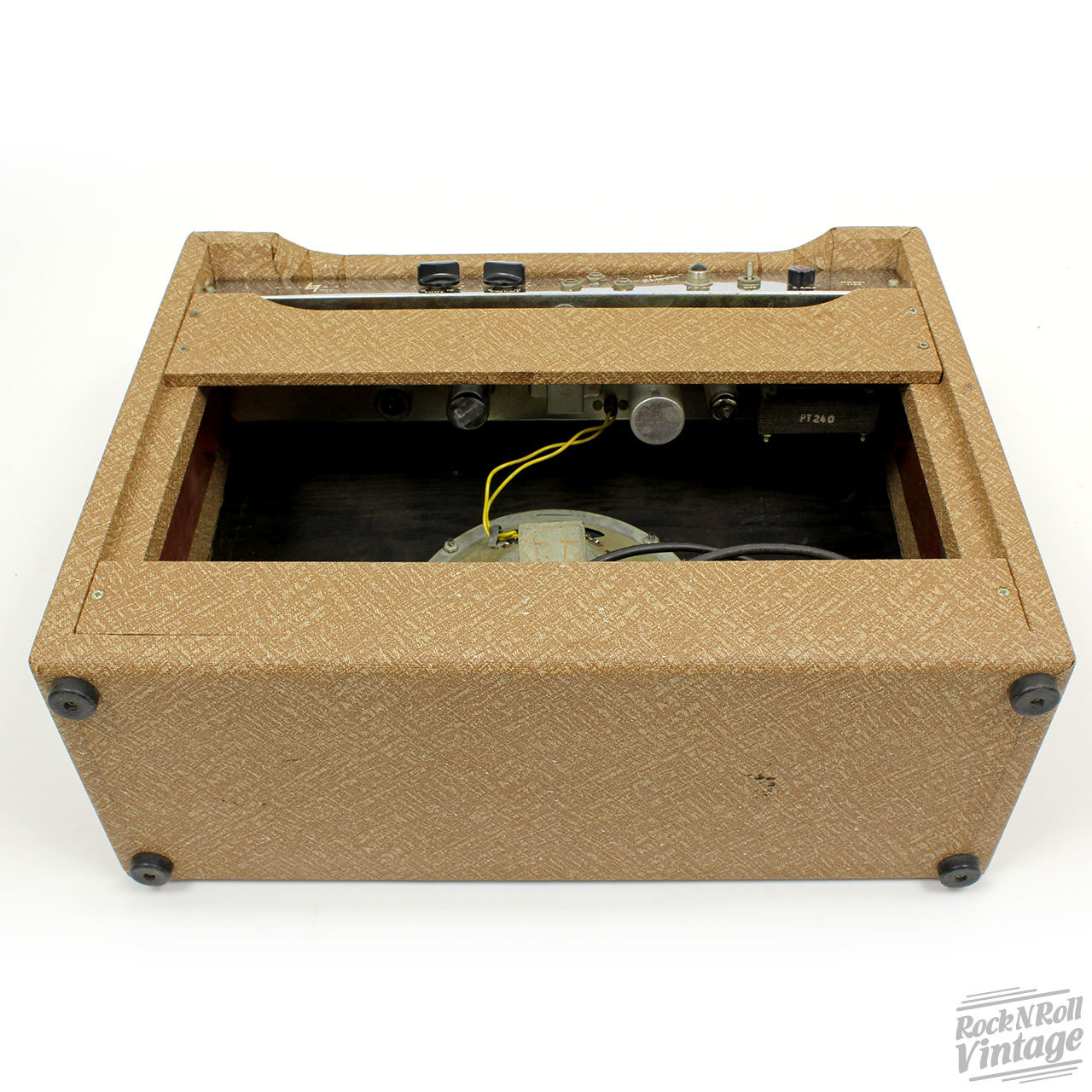 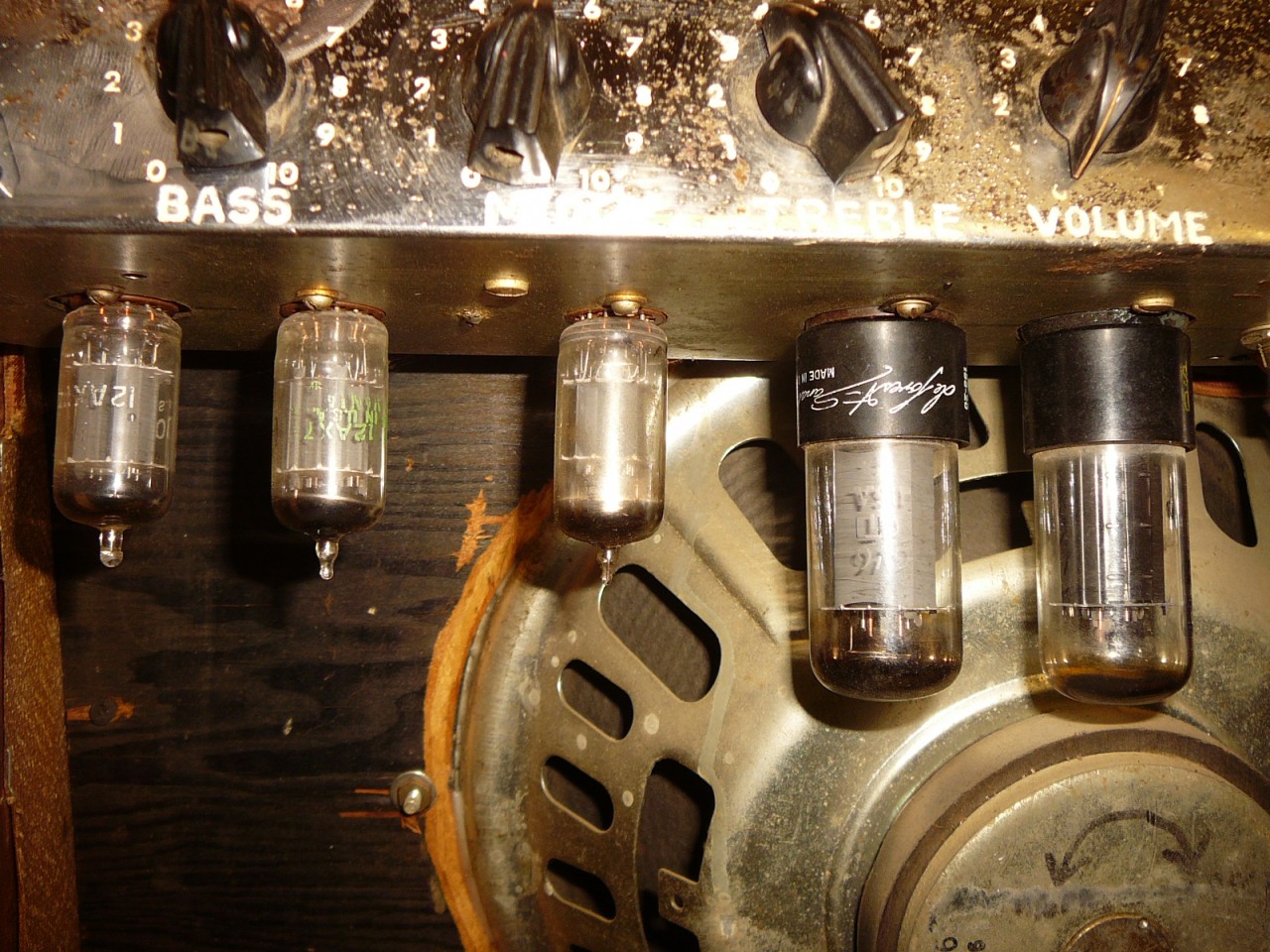